Delighted to announce that Women at the Wheel is now available at the University of Pennsylvania Press site (use PH89 for 20% discount) and Amazon — here I am with the first copy off the presses! 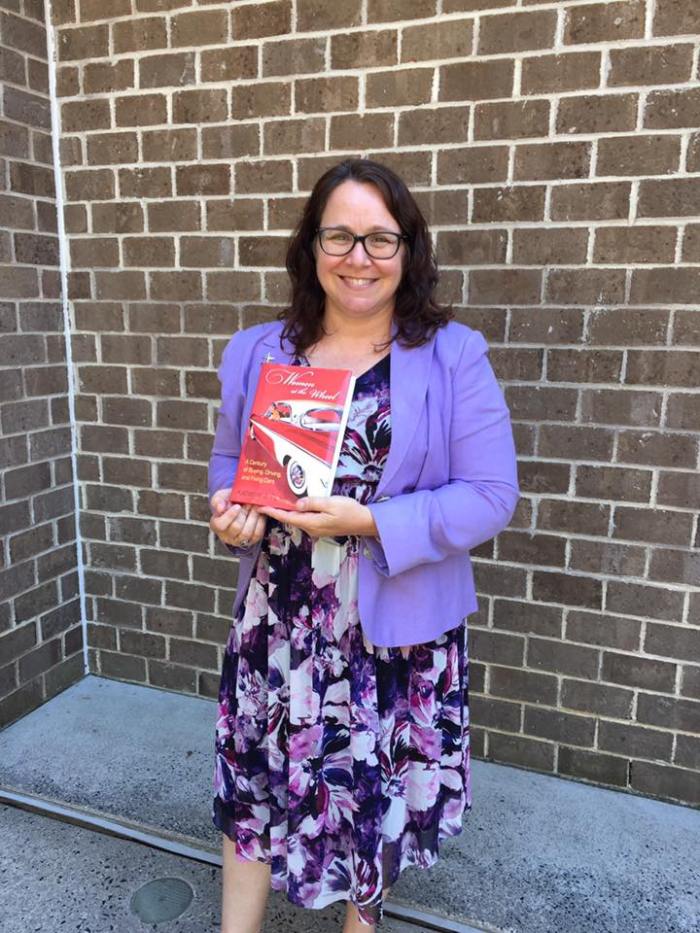 While the topic might seem to veer away from cars, the analogies are plentiful and visual in the piece:

Car advertisers have appealed to women who were expected to take their children to/from school.  As many Americans head back to school (or have in recent weeks), here’s a look at two Chevrolet ads featuring women, cars, and schools.  This first is from National Geographic in 1923. 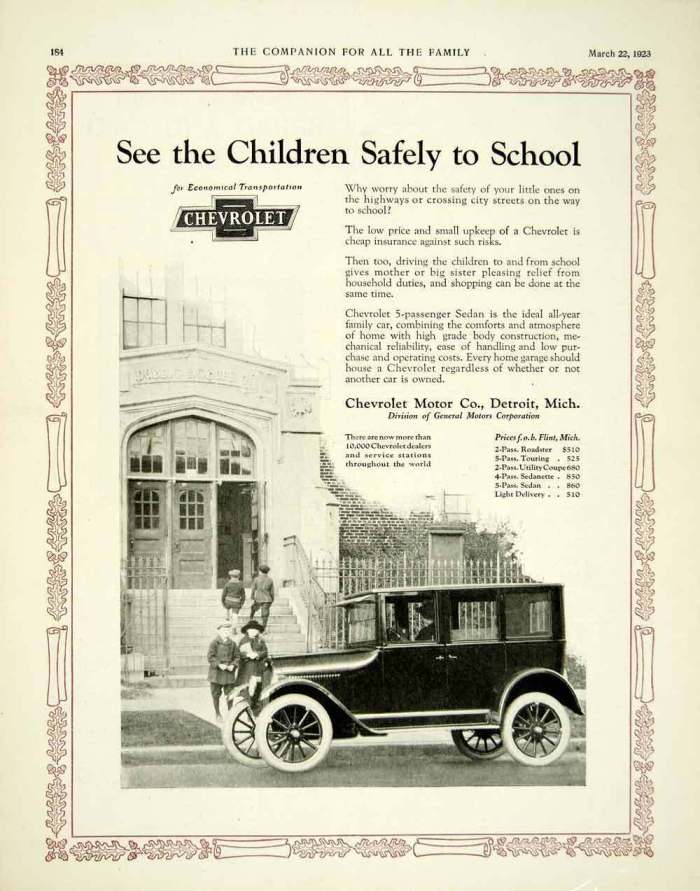 The second is from Look magazine in 1962.

From the preface of my book, Women at the Wheel:

Living in the suburbs in the late 1950s, author Betty Friedan preserved her writing time by having a taxi transport her children to school. Friedan realized that driving did not free her from the yoke of domesticity she so famously exposed in her classic, The Feminine Mystique. Instead, she recognized that for most women the car was principally a tool in service of the type of never-ending domestic work expected of them. Not only did women not find liberation on the road, but they also found themselves targeted by spurious stereotypes of “women drivers.” These myths, including a belief that women were excessively cautious, spatially inept, and fundamentally incompetent drivers, persisted with little change over the course of automobile history.

Beyoncé’s “Hold Up” takes on infidelity. In classic American fashion, one of the most popular ideas is that women who are cheated on attack cars, with baseball bats in this case, to express their “crazy” and send a clear message to cheating men. Attacking the car is a stand in for attacking the other woman/or in this case, women, and hitting men where it hurts. In this video she takes aim at a crazy number of cars!

I have written a book exploring the relationship between women and cars.  Car advertisements are one of the ways I analyze this fascinating history.

Katherine Parkin is Professor of History at Monmouth University in New Jersey. She has written extensively on US Women’s, Social, and Cultural History. To learn more about Katherine, click here.

“Now I understand why I so often end up in the passenger seat! Katherine Parkin has convinced me that driving—and all that surrounds it—is one of the most gendered experiences in American history. “

–Beth Bailey, author of Sex in the Heartland

BUY WOMEN AT THE WHEEL NOW

Women at the Wheel is available for pre-order on Amazon, the University of Pennsylvania Press Website and the Barnes and Noble Website.