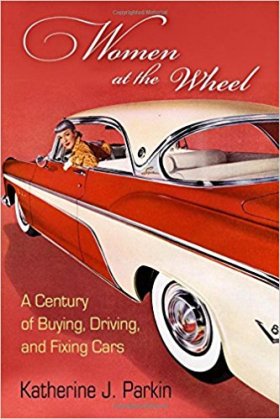 “Women at the Wheel takes a novel approach to exploring—and debunking—the tired but persistent clichés about women’s ineptitude behind the wheel. Katherine Parkin’s examination of archival and popular sources reveals how both cars and drivers have been gendered in fascinating and provocative ways.”

“Now I understand why I so often end up in the passenger seat! Katherine Parkin has convinced me that driving—and all that surrounds it—is one of the most gendered experiences in American history. Women at the Wheel reads like a romp through American popular culture, but Parkin’s claims are well worth taking seriously.”

—Beth Bailey, author of Sex in the Heartland

“If you’ve ever wondered just what it was that drove Thelma and Louise over a cliff, you need to read this book. In her fascinating work of historical scholarship, Katherine Parkin uses twentieth-century popular culture—from lowbrow to high, from the front pages of newspapers to the poetry of e.e. cummings, from an interview with Newt Gingrich to the fiction in magazines—to demonstrate how American men tried to stop American women from discovering the empowerment possibilities that lay ‘behind the wheel.'”

—Ruth Schwartz Cowan, author of More Work for Mother: The Ironies of Household Technology from the Open Hearth to the Microwave

“Buying, driving, and fixing cars has always been a highly gendered experience, as Katherine Parkin shows in this engaging and richly researched narrative. But when the focus is shifted from an experience overwhelmingly understood to be male to what it was like for women at the wheel, a deeper meaning is revealed: the ongoing power imbalance between women and men.”

“In Women at the Wheel: A Century of Buying, Driving, and Fixing Cars, Katherine J. Parkin investigates the gendered ways that Americans have purchased, driven, and repaired automobiles since the early twentieth century. In this impressively-researched book, Parkin reveals that sexist ideas about cars and driving have pervaded American culture: magazine advertisements, television and films, songs, popular jokes, and even driving school manuals emphasized men’s and women’s different abilities and aspirations. While men have been encouraged to associate driving with freedom, women have been tasked to consider their ineptitude, their responsibilities to their families, and their vulnerability when they have taken a seat behind the wheel.”

To read the rest of the review, click here. 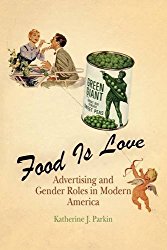 “A singularly revealing insight into this consumptive and surprisingly constant dimension of the American female and cultural psyche.”

“Parkin delivers an engaging look at how food advertisements from the twentieth and twenty-first centuries have both helped define and played up to the stereotypical gender roles prevalent in American culture. . . . An enlightening study of gender roles in advertising.”

“A delectable history of food advertising since the late nineteenth century. . . A very readable book filled with significant information about advertising, gender roles, and consumerism.”

“The engagingly titled Food Is Love is also an engaging read. Its comprehensiveness, its clear organization, and the authority it commands through its evidence make this book a valuable resource for scholars, and it should be widely adopted in classes in advertising history, women’s history, and American cultural history.” 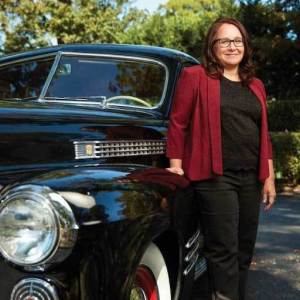 Katherine Parkin is Professor of History at Monmouth University in New Jersey. She has written extensively on US Women’s, Social, and Cultural History. To learn more about Katherine, click here. 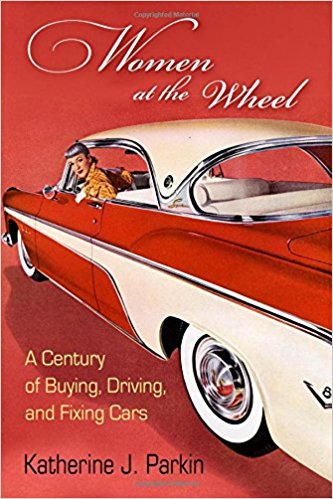 “Now I understand why I so often end up in the passenger seat! Katherine Parkin has convinced me that driving—and all that surrounds it—is one of the most gendered experiences in American history. “

–Beth Bailey, author of Sex in the Heartland

BUY WOMEN AT THE WHEEL NOW

Women at the Wheel is available for pre-order on Amazon, the University of Pennsylvania Press Website and the Barnes and Noble Website.